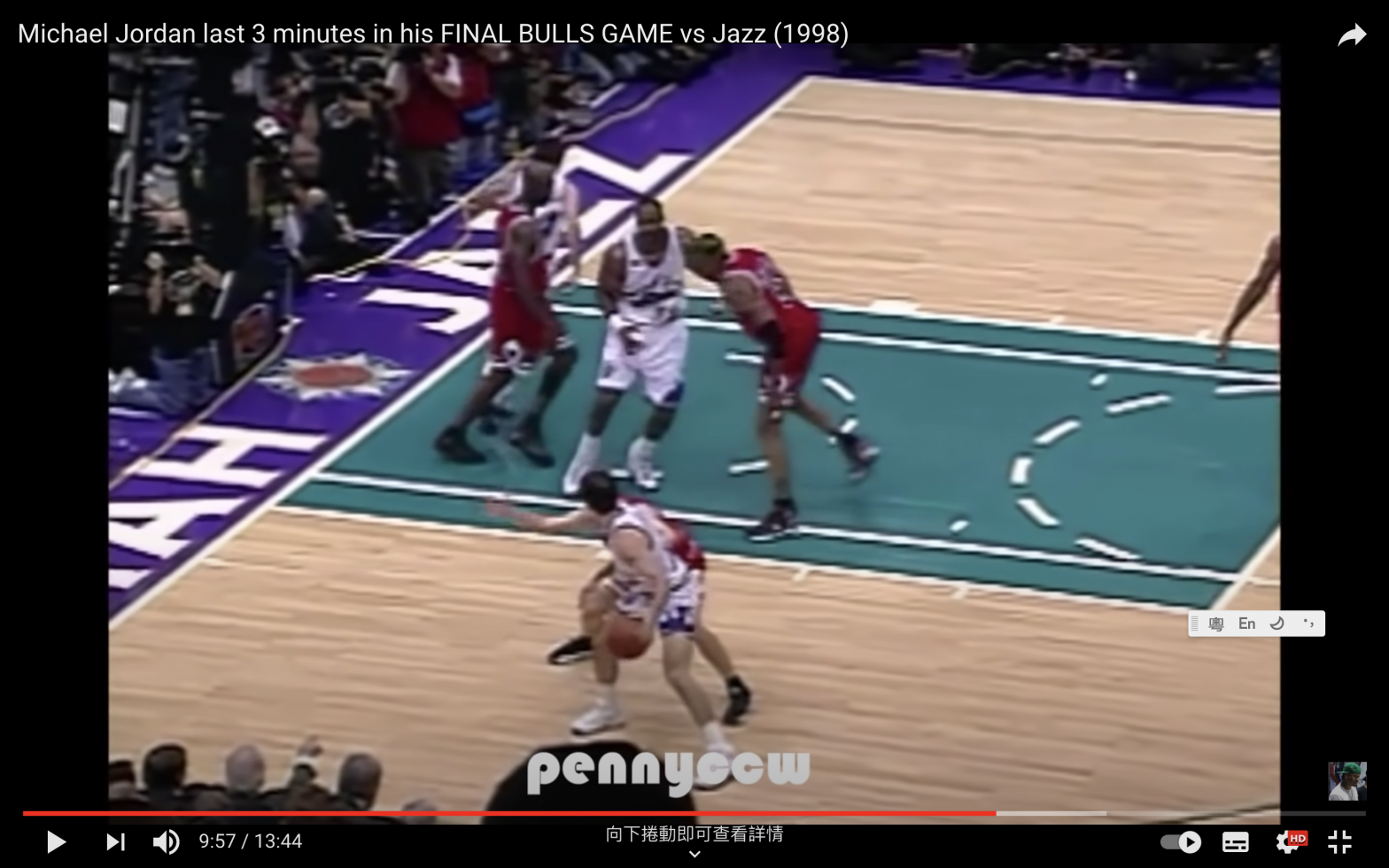 Jordan was calm having made so many clutch shots. That little push from his opponent, a step back, and a swift finish to lead his team to a 3-peat, his sixth championship. It was too late for the Utah Jazz; Stockton seemed nervous at the last offensive opportunity and perhaps also made the mistake of being too obvious, only focusing on one or two teammates without any other offensive means. Facing his defender onward by pushing him back, Jordan did a smart move preventing shots near the basket. When Malone came up and didn’t secure a good look, Jordan knocked off and stole the ball. When he won, it felt like he just accepted what happened and was at peace and proud of how long he came with his teammates. He seems a bit aloof, in a way.

Kobe was a little bit more prideful. He finished the game with 60 points and carried his team on his back and turned the loss around. His fake shoulder moves, also called head and shoulder moves as well as footwork can trick a defender easy. His change of speed is swift, his handling is funky; he bounced the ball through the gap between two opponents and caught to his speed and made a shot. Facing Lebron he uses more of his back as an offensive shield and fades away. His strength is that he can make so much room for himself to shoot with his shoulder moves and fine balance. His number used to be 8, then it became 24. A protege who came after Jordan? I think his weakness may be his pride.

Honestly, Lebron is too big to play basketball; sometimes that’s how I feel. Or should I ask how a giant carries the ball so well and fast?! He’s impossible to guard because he can be everywhere on the court. His one step is someone else’s two steps. Because he can drive the ball to the basket, do mid range shots, handle the ball and pass, he can also pick more than one position to play. His feeds are amazing; he knows how to make space for his teammates by running around. His dunks are triumphant and emphatic, like a heavy thunder. Smith didn’t give him the best alley oop pass: it was too high and lefty, but Lebron jumped too high to miss with zero problem. The positioning was a bit awkward, but nothing short of fascinating.

Him and Kobe seem to be cool with each other.