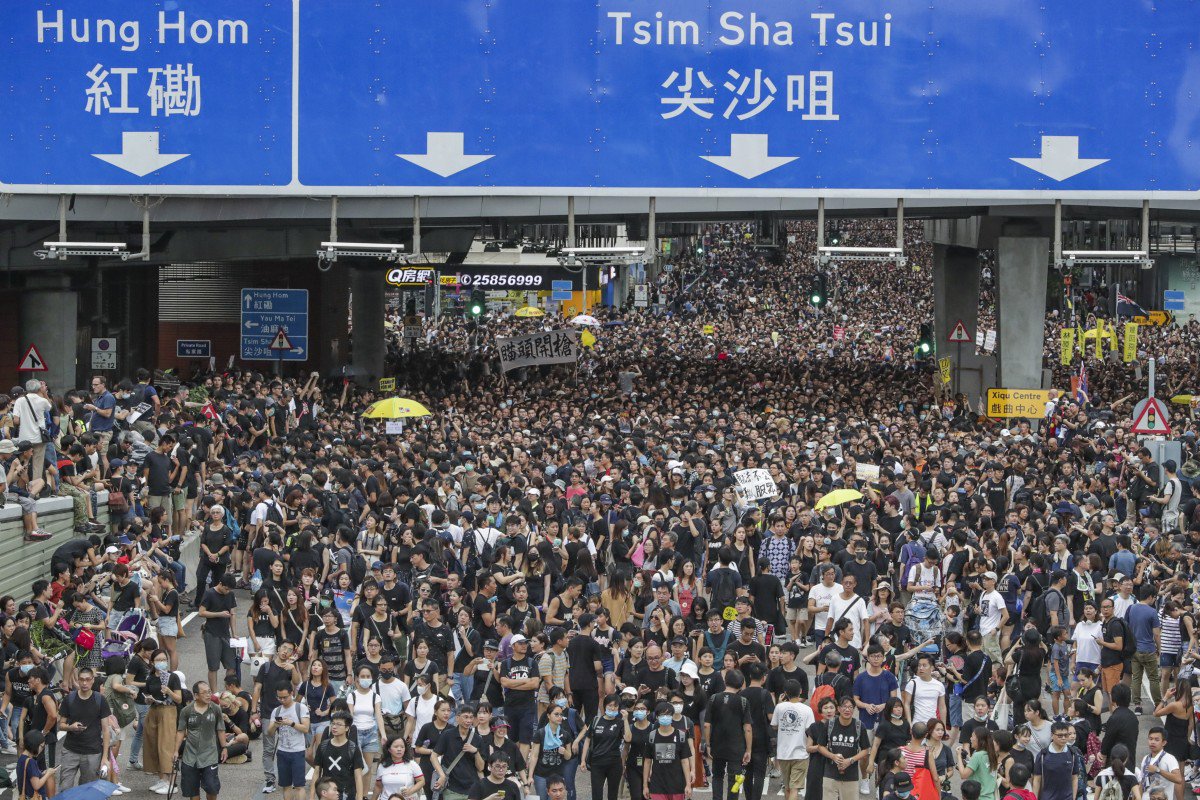 Shareholder Primacy and Income Inequality Are Fueling the Fires

Hong Kong’s massive civil unrest is not about what you think it is. Hundreds of thousands of Hong Kong Chinese protesting in the streets and shutting down airports are not just rebelling against an authoritarian regime; they are rebelling against unfettered capitalism.

Hong Kong’s social and political upheaval is actually a symptom of a deeper crisis in global capitalism, and the massive civil unrest in Hong Kong may be a foreshadowing of what may come in China. If civil unrest erupts in China, the world economy will tremble and fall.

Milton Friedman was famous for saying that Hong Kong was the freest market economy in the world, worthy of global emulation. At the end of World War II, Friedman observed, Hong Kong was a dirt-poor island with a per capita income about one-quarter that of Britain’s. By 1997, when sovereignty was transferred to China, its per capita income was roughly equal to that of the departing colonial power. To Friedman, that was a striking demonstration of the power of the free-market economy and what people can do when businesses are left to pursue their own interests.

The upheavals in the past few months in Hong Kong attest to the implosion of this system.

The post-war years (seven decades-long) have seen spectacular economic development in Hong Kong with higher productivity and skills, living standards and well-being, as well as new industries and occupations. All of this boosted international trade and financial muscle, transforming Hong Kong into a global trade, finance and tourism center.

However, the fruits of economic development were not evenly distributed. Like most other capitalist economies, extreme inequalities surfaced, continued to deepen, and now are tearing society apart.

Hong Kong has long had one of the world’s highest Gini coefficients (the measure of inequality in a society). In May 2018, the total net worth of the wealthiest 21 mega-tycoons amounted to HK$1.83 trillion. The number of people living in poverty in Hong Kong hit a record in 2017, at more than 1.3 million(about 15% of the population). In the last decade, real wages have only increased by 12.3%, and the purchasing power of the HK$34.50 minimum wage is lower than eight years ago.

Property prices have soared to a level that is out of reach for most people, especially the younger generation. Economic inequality is not just a matter of income disparity; in a city where seven of the 10 richest people are in the real estate business, financial assets are the major source of income polarization.

During the past few months of mass protests in Hong Kong, the Chief Executive Carrie Lam characterized the protesters as having “no stake” in the society. This was more than a slip of the tongue — many of the protesters do feel that they have hardly anything to lose now and are unlikely to do much better in the future. They are losing hope in the administration, the forces that are backing it, and their own prospects of a better life.

Hong Kong shares with most other capitalist economies a set of fundamental challenges, including:

All these are not unique in Hong Kong and have been the deep-seated causes of popular anger and unrest. The same set of issues is plaguing the capitalist West. The challenges are there and getting more intractable by the day. That’s why we think that the Hong Kong meltdown is just the tip of the iceberg.

The Pitchforks Are Coming

The author was Nick Hanauer, who is a self-professed .01%er and a proud and unapologetic capitalist. He founded and funded more than 30 companies across a range of industries and was the first non-family investor in Amazon. Hanauer confessed that he was not “the smartest guy” on Earth or the hardest-working. What sets him apart, he thinks, “is a tolerance of risk and an intuition about what will happen in the future.”

In writing his 2014 article, what did he see in the future? “I see pitchforks.”

In “The Pitchforks are Coming…for Us Plutocrats,” Hanauer writes:

“Inequality is at historically high level and getting worse every day. Our country is rapidly becoming less a capitalist society and more a feudal society. …

“If we do not do something to fix the glaring inequalities in this economy, the pitchforks are going to come for us. No society can sustain this kind of rising inequality. … You show me a highly unequal society, and I will show you a police state. Or an uprising. … Revolutions, like bankruptcies, come gradually, and then suddenly. One day, somebody sets himself on fire, then thousands of people are in the streets, and before you know, the country is burning.”

What Hanauer described is unfolding in Hong Kong now. Businesses and successive governments have had a blind faith in unfettered capitalism. Friedman’s observation about Hong Kong in the last century was still intact: It is still an unrestrained free-market economy with an undemocratic political system.

I find it sad to imagine what will happen to Hong Kong’s teenage protesters in 10 or 20 years. One thing is certain: Their fate is bound up with the fate of “capitalist” development in China, which is also heading toward major crisis.

Such an economic system, like the one in the capitalist West, is inherently unsustainable — economically, socially and environmentally. Above all, it requires a strong state to keep it in place. The economic and political elites share the same interest in preserving the status quo and suppressing ideas and organizations that might threaten its legitimacy.

The depth of repressed unrest is huge. It is not too visible at this stage to outside observers because of the powerful social control mechanism in place. China’s national budget for maintaining social stability is already greater than the national defense budget, and it is still growing at an impressive rate, with high tech a main component of the effort. The Chinese economy might well be the largest and most explosive iceberg below the surface.

The stake is high not only for Hong Kong and China, but for the world. All of this points to the urgency of reinventing capitalism before it is too late. The recent Business Roundtable statement redefining the purpose of the corporation “for the benefit of all stakeholders” might well be a turning point. But we need massive actions by businesses across the globe on a gigantic scale. From the point of view of the Certified B Corporation movement, we have no choice but to accelerate the transformation of mainstream businesses, one company at a time.

For those of us living in Hong Kong, our struggle has hardly begun and the road is long. We are fighting to change the essence of the capitalist system here and now, yet the political power that is in our way is not so much the local administration but the Beijing authority. The latter is not only undemocratic but also possesses the mightiest force of repression on Earth. It will be an uphill struggle, and we need all the support we can get from all over the world.

For people living in other capitalist countries, the Hong Kong meltdown should be a wake-up call. Each country will have its own agenda, but the common thread should be clear: Accelerate the transition to “stakeholder capitalism,” which entails a two-pronged strategy of reinventing capitalism one enterprise at a time and initiating legislative changes that require companies and investors to create value for all stakeholders, not just shareholders.

While similar transformation in China is equally important and critical for the sustained development of the globe, we are not so optimistic that significant changes will be forthcoming in the near future. But China is too large and important to be left outside the global transformation agenda.

Internal forces will lead and drive change; for example, it is encouraging to witness the beginnings of the B Corp movement in China (which already has 14 B Corps). But what happens in other parts of the world will also have an impact on China. Enterprises in China have been influenced and shaped by the dominant ideology of shareholder primacy in the West in the past century, so the rethinking and reinventing of capitalism in other parts of the world is likely to have a bearing on capitalist development in China in the coming decades.

This all reinforces the urgency of our effort in accelerating the global movement of transforming businesses as a force for good. It is perhaps the most vital challenge of our times.